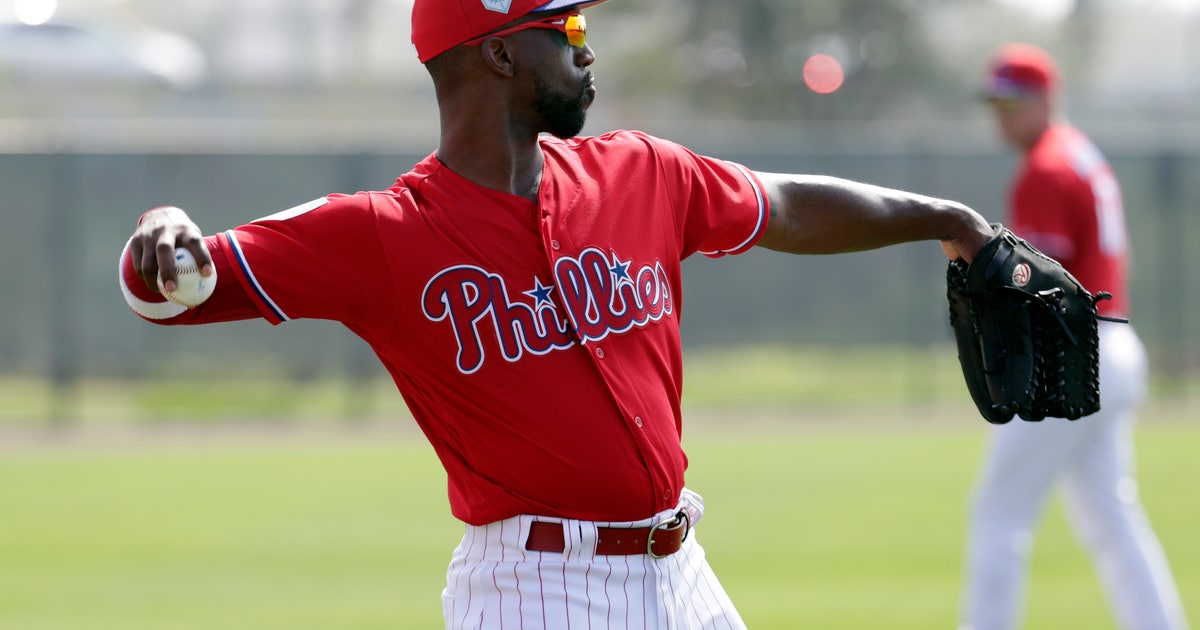 CLEARWATER, Fla. (AP) — Andrew McCutchen is ready to boost the Philadelphia Phillies with his bat, glove and brain.

Signed to a $50 million, three-year contract, McCutchen said he enjoys his role as the veteran in the outfield and likes what he’s seen from his younger teammates.

The 32-year-old McCutchen is set to start in left. He returns to the National League after finishing up last season with the New York Yankees — he spent his first nine seasons in Pittsburgh, joined San Francisco last year and then was traded to the Bronx.

McCutchen said he is coming into camp knowing that Phillies have a surplus of outfielders, with Odubel Herrera, Roman Quinn, Nick Williams and Aaron Altherr looking for time in the lineup.

“There are no set spots,” McCutchen said. “We’ve got a lot of guys out who are competing for positions and that’s a good thing to have in camp.”

“”Everybody is out there working hard. Working to win the job or even if they don’t they know they could be the next man up. The competition is good for the outfield as a whole,” he said.

While speculation swirls that the Phillies are in the mix for free agent outfielder Bryce Harper, McCutchen said he sees a lot of upside in the current group of outfielders in camp. He compares them to his former teammates with the Pirates.

“It’s similar to when I was on the Pirates with Starling Marte and Gregory Polanco,” McCutchen said. “We were able to work together, challenge each other and grow together.”

“I’m happy to be here to help facilitate that here. We will be able to help each other out and I can share my knowledge and my experience,” he said.

Phillies manager Gabe Kapler has raved about McCutchen’s versatility and his ability to hit anywhere in the lineup, suggesting he’ll use him at the top of the order when the situation presents itself.

McCutchen will likely start out around the middle of the lineup when spring games start Friday.

“I can hit anywhere you put me,” McCutchen said. “I’ve been up and down the lineup and there’s not one place that I’m way more comfortable at than another. I’m comfortable leading off, hitting third, fifth, sixth whatever. I’ve done it all.”

NOTES: Herrera left camp with a strained left hamstring. Kapler said it happened on a running play from first to third base. “It’s something he had earlier in camp,” Kapler said. “It was tightening up on him, so we’re getting it checked out.” Kapler said the team didn’t have an MRI planned, but Herrera had an MRI on the hamstring before camp opened up and determined there was nothing serious at the time. … Kapler met with MLB executive Joe Torre later Wednesday. He did not reveal much of the meeting but said they discussed rule changes. “The rules are in place and we just respond to them accordingly,” Kapler said.