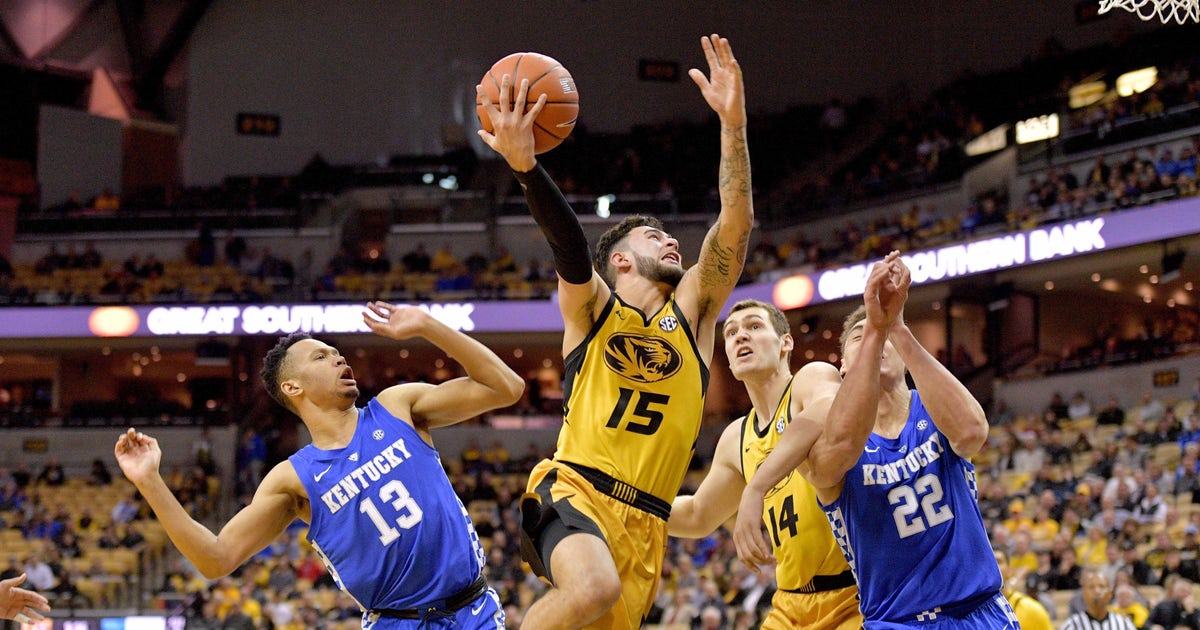 After Missouri took an 11-10 advantage with 12:35 left in the first half, Herro scored seven points in a 42-second span to give Kentucky the lead for good. The Tigers got into foul trouble as Kevin Puryear and Jeremiah Tilmon each picked up two quick ones and Mitchell Smith was knocked out of the game after being hit in the head with an inadvertent elbow. Washington racked up 15 first-half points as the Wildcats opened a 41-23 halftime lead.

Kentucky had some attrition up front, also, as starting forward Reid Travis left the game in the second half with a sprained right knee. Missouri did most of its offensive damage late, narrowing its deficit to six points on Torrence Watson’s 3-pointer with 14 seconds left.

Missouri: Derrick Chievous, who starred for the Tigers from 1985-88, had his No. 3 jersey retired at halftime. Chievous, who was known for always wearing a Band-Aid during games for no medical reason, is Missouri’s career leading scorer with 2,580 points. He is the seventh Missouri player to have his jersey retired, joining Bill Stauffer, Norm Stewart, Willie Smith, Steve Stipanovich, Jon Sundvold and Doug Smith.

Kentucky: With his 297th victory in 10 years at Kentucky, John Calipari tied Joe B. Hall for second place in wins at the school. Calipari has some work to do to catch the man at the top of the list — Adolph Rupp won 876 games in 42 years leading the Wildcats.

Kentucky: The Wildcats play host to Auburn on Saturday.