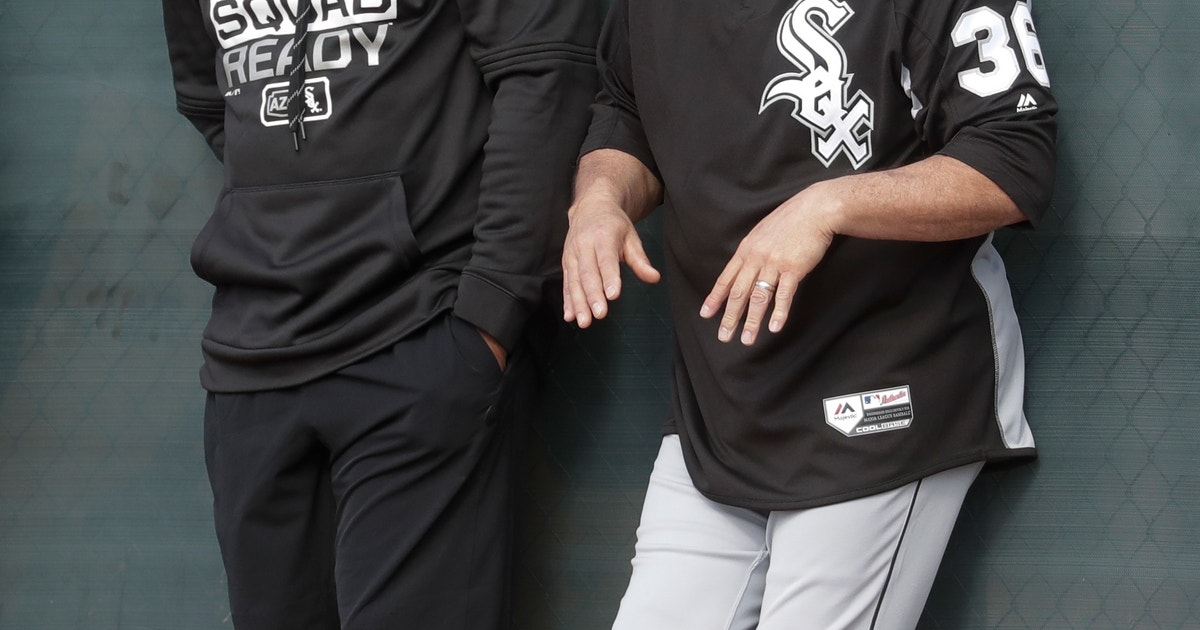 GLENDALE, Ariz. (AP) — The Chicago White Sox made no effort to hide their disappointment over losing the Manny Machado sweepstakes.

They went to extra lengths, bringing in Machado’s brother-in-law, another close friend and pulling out the stops in attempting to sell the free agent on the future of White Sox baseball.

But they still missed out when the star infielder reached a deal with the San Diego Padres worth $300 million over 10 years.

White Sox general manager Rick Hahn said of the experience that “trying really hard and failing is not sufficient.” Executive vice president Ken Williams said, “I’m wearing my shades so you guys don’t see the shock in my eyes.”

In the meantime, the White Sox will look around and return to their youth movement, now in its third season. If Machado had moved to Chicago, he might’ve played third base, with Tim Anderson at shortstop and Yoan Moncada at second.

Moncada, a key component of the trade that sent Chris Sale to Boston and began the Chicago rebuilding project, struggled in his first full big league season. He batted .235 with 17 homers while leading American League second basemen with 21 errors and topping all of baseball with 217 strikeouts.

“I think he has more of a focus factor that comes into play,” Renteria said of the 23-year-old. “I think he sees himself as a little bit more focused on trying to get the job done.”

That is part of the reason that Moncada has been taking grounders at third in spring training, with Carlos Sanchez — who Moncada replaced at second — returning to his previous position. That may be temporary as well, with No. 1 draft pick Nick Madrigal being groomed for second and Anderson, who showed great defensive improvement in the second half last season, remaining at shortstop.

But Moncada’s focus is part of the reason, Renteria said.

“I think it’s possible, and there’s no guarantee, that playing third base rounds out his focus on both sides of the ball,” the manager said. “His range factor is huge, his arm is good. Understanding the nuances of the game at third, getting reacquainted with it will be a factor on how well he’ll do.”

For his part, Moncada says he “feels good” at third base. “I like that position and with more repetitions I will feel even better.”

Moncada worked with Renteria and hitting coach Todd Steverson after last season ended on fixing some of his problems at the plate — which included 63 called third strikes on borderline pitches as defined by Statcast. Moncada said that is the main focus of his offensive approach entering this season.

“With two strikes I will be more aware of the corners and maybe a little more aggressive on those pitches,” he said.

As for not getting the big free-agent prize, outfielder Jon Jay, who lockers next to Machado’s brother-in-law Yonder Alonso — says they’ll be able to move on, echoing what Hahn and Renteria also said.

“He’s a good friend of mine,” Jay said of Machado. “We are very happy with what we have here and are going forward. I’ve been fortunate to be around a lot of playoff teams and that’s still my goal here.”

“You see a lot of confidence. There are guys who have great opportunities, and what I like the most is that they want to get better,” he said.