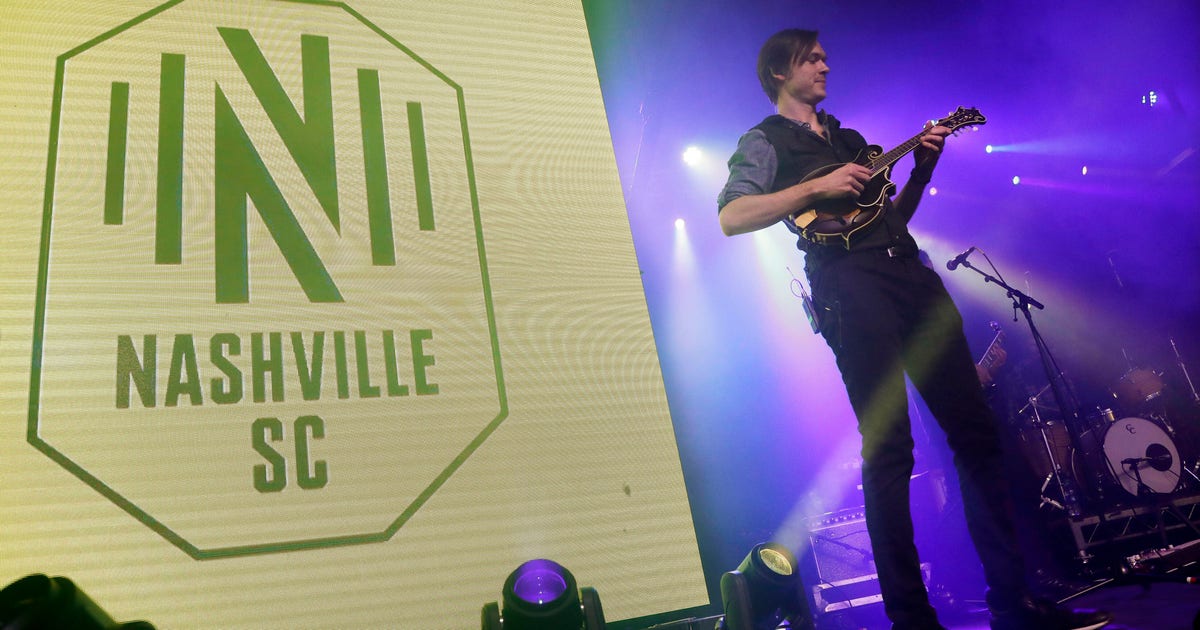 NASHVILLE, Tenn. (AP) — Playing in Nashville means tapping into Music City, and the Major League Soccer team debuting in 2020 unveiled its name as the Nashville Soccer Club along with a logo and colors Wednesday before approximately 1,500 fans.

Nashville SC’s logo features a blue “N” surrounded by lines meant to mimic sound waves, and the team’s colors will be “acoustic blue” and “electric gold” with gold the primary color for home uniforms.

“The whole sense of sound, we kind of took that and didn’t want to just do the normal Nashville guitar,” majority owner John Ingram said. “There’s nothing wrong with guitars. But wanted to have something that sound and energy and the vibe here in Nashville.”

MLS Commissioner Don Garber took part in the presentation for a group awarded an expansion franchise in December 2017, and he said the league worked with Nashville SC and local designers for the final brand.

“I love the idea of sound being important because sound is such an important part of this city,” Garber said. “You think of all those lines. It’s almost like a pulsing movement. You think about that on an LED board, you can think about that going on in the stadium. I do think they have an international brand opportunity here, and I think this brand will deliver that.”

The logo and colors leaked online last week. That didn’t stop Nashville SC from holding its big announcement with food and drink followed by a concert, nor fans from turning out.

Nashville’s United Soccer League team is helping build support for the future MLS team, and a 30,000-seat stadium at the city’s fairgrounds is scheduled to open in 2021. Nashville SC will play its inaugural season at Nissan Stadium, home to the NFL’s Tennessee Titans.

Garber noted Nashville SC already has sold a third of its stadium already.

“At the end of the day, it was more important to me to continue on what we’d started here,” Ingram said. “I thought that was better for the team and for the city and for our fans.”

Nashville SC CEO Ian Ayre said not having their full MLS identity with the logo and colors had been hampering efforts to promote the team. The former Liverpool chief executive was hired last spring to help build Nashville’s MLS franchise, and Ayre liked sticking with a traditional name.

Gold will be the primary color for the new MLS team, which also hopes to wear that color on the road as much as possible. That taps into the gold theme used by the NHL’s Nashville Predators. Garber said both Nashville’s other pro franchises, the Titans and Predators, have been very supportive of MLS coming to town.

“Nashville’s a small town that’s punching way above its weight in so many different things …,” Garber said. “The fact we’re all partners here to raise the profile of the city I think is very positive.”