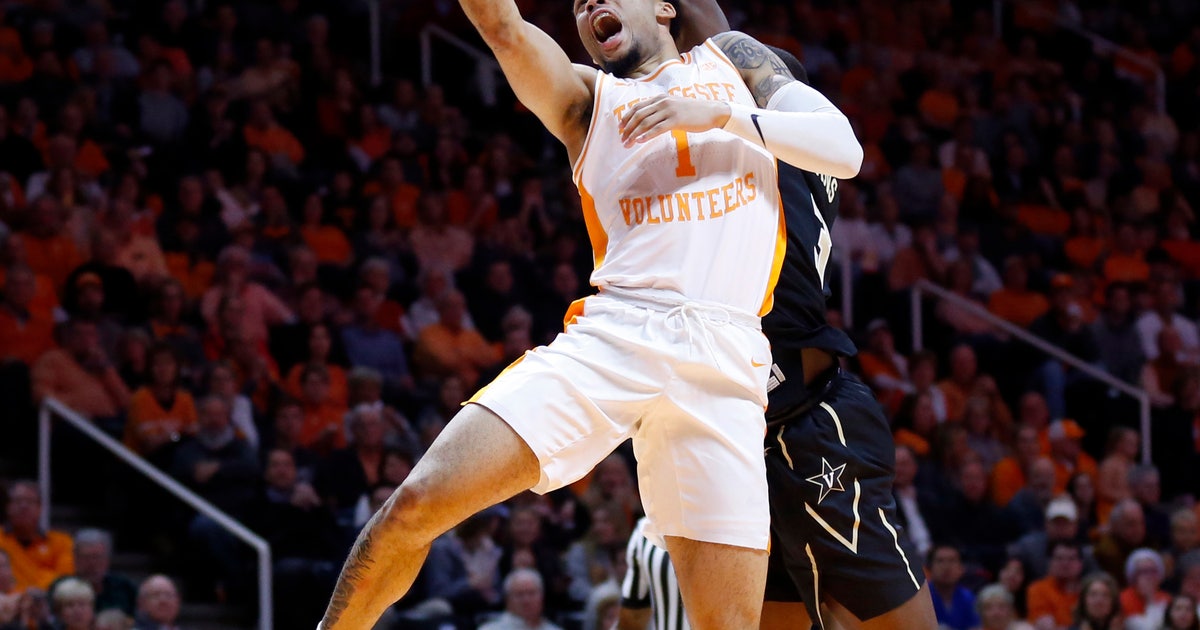 KNOXVILLE, Tenn. (AP) — Grant Williams had 14 points and 11 rebounds, and No. 5 Tennessee beat Vanderbilt 58-46 on Tuesday night in the Volunteers’ first game since losing their No. 1 ranking.

Admiral Schofield and Lamonte’ Turner scored 11 points each for Tennessee. Aaron Nesmith had 13 to lead Vanderbilt.

Turner put Tennessee ahead for good 16-13 with 12:47 left in the first half when he sank a 3-pointer while getting fouled to produce a four-point play. Turner added another 3-pointer less than a minute later as part of an 11-0 run.

Tennessee led 36-22 late in the first half, but then scored two points over a stretch that lasted nearly nine minutes, allowing Vanderbilt to creep back into the game.

Vanderbilt went on a 10-0 run that started late in the first half and carried over to the second. But the Commodores never got Tennessee’s lead below four in the second half because of their own struggles on offense.

Tennessee finally pulled away and extended its lead to 51-38 by going on a 9-0 run that was capped by Schofield’s 3-pointer with 6:10 left. Vanderbilt answered with six straight points but couldn’t get any closer.

Vanderbilt: If Vanderbilt played other opponents as tough as it plays Tennessee, the Commodores would have a much better record. The closest Vanderbilt has come to a win during this losing streak was an 88-83 overtime loss to Tennessee on Jan. 29. Vanderbilt led that game much of the way and gave Tennessee a challenge again Tuesday.

Vanderbilt is at Alabama on Saturday.

Tennessee visits No. 13 LSU on Saturday.