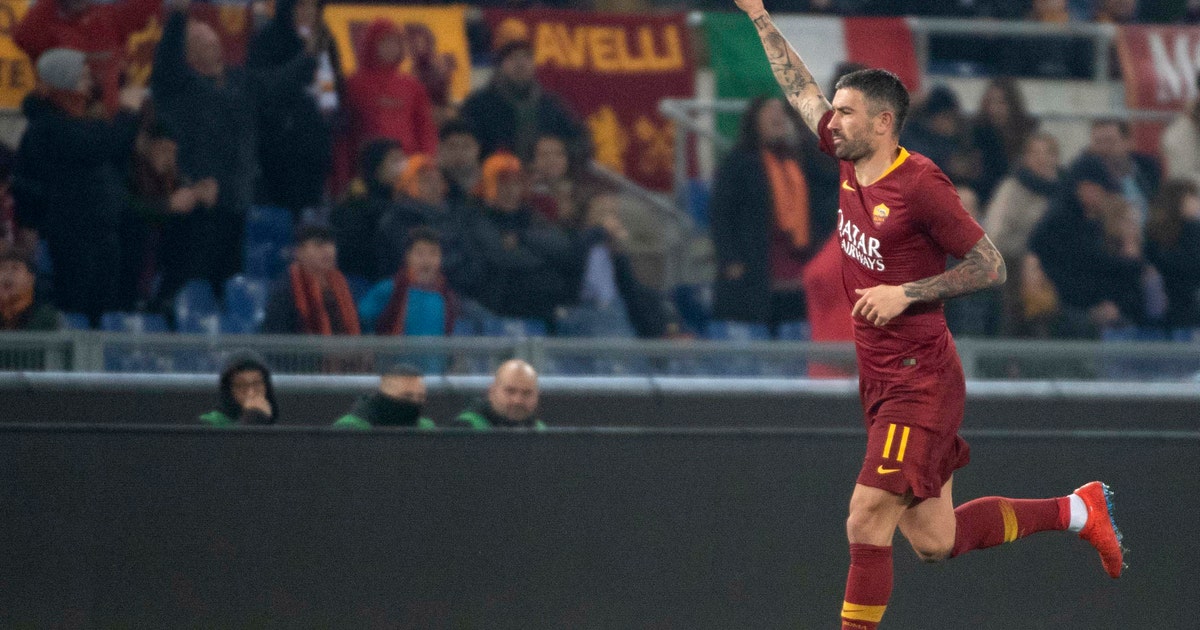 ROME (AP) — Roma beat relegation-threatened Bologna 2-1 in Serie A on Monday to stay firmly in the race for a Champions League place, but the victory was far from convincing.

Each goal was scored in the second half, with Aleksandar Kolarov scoring a penalty and Federico Fazio doubling the lead for Roma before Bologna pulled one back through Nicola Sansone.

Roma moved back to within one point of AC Milan, which occupies the fourth and final Champions League qualifying spot. It is also three points clear of Atalanta and city rival Lazio, which both lost during the weekend.

Bologna remained in the bottom three, three points from safety.

Roma struggled in the first half and had goalkeeper Robin Olsen to thank for keeping the scoreline goalless, while Bologna midfielder Roberto Soriano also hit the crossbar on the stroke of halftime.

But Roma broke the deadlock 10 minutes after the break when Filip Helander bundled over Stephan El Shaarawy in the area and Kolarov fired the resulting spot kick into the bottom right corner.

Fazio doubled Roma’s lead in the 73rd minute after a corner had been nodded on by Daniele De Rossi.

Bologna set up a tense final six minutes when Sansone cut in from the left and skipped past several defenders before curling into the bottom right corner.