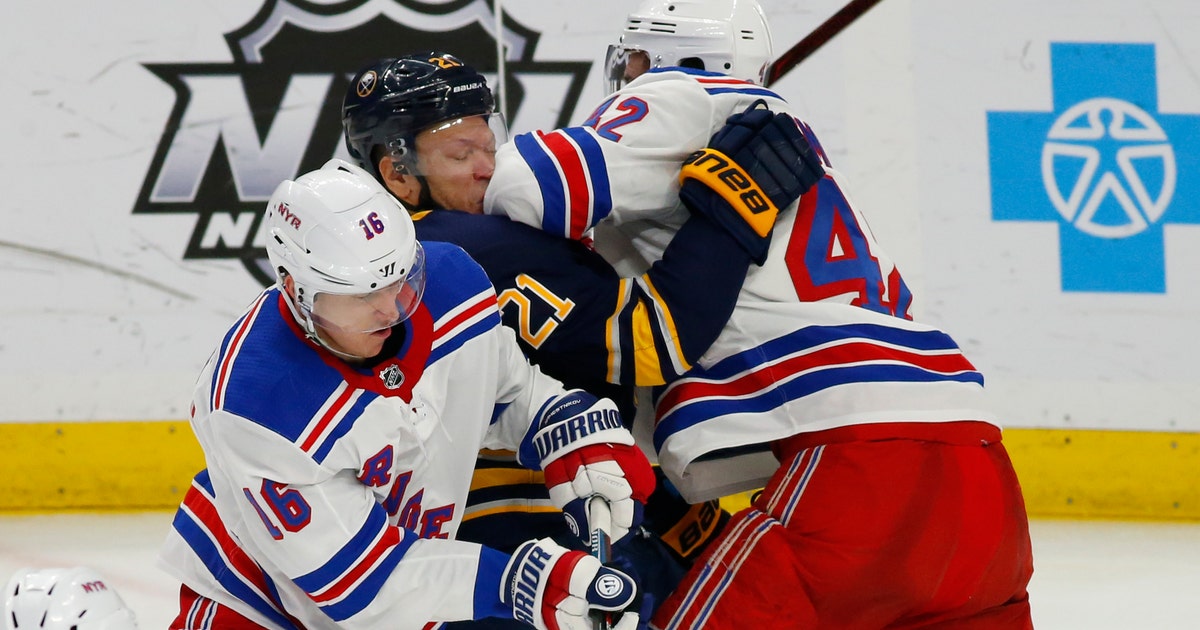 BUFFALO, N.Y. (AP) — Buffalo Sabres forward Kyle Okposo has been sent home for further medical evaluation three days after being punched in the face during a fight with the New York Rangers‘ Tony DeAngelo.

Coach Phil Housley gave no details on Okposo’s condition in providing the update after the Sabres practiced in Florida on Monday. Though the nature of the injury is unclear, Okposo did not return after being felled by DeAngelo’s punch during the fight 7:51 into the third period of a 6-2 loss to the Rangers on Friday.

Okposo traveled with the team for the start of its three-game road trip at New Jersey, but did not play in the 4-1 loss to the Devils on Sunday.

The 30-year-old has a history of concussion-related troubles during his 12 NHL seasons.

The Sabres play at Florida on Tuesday night.