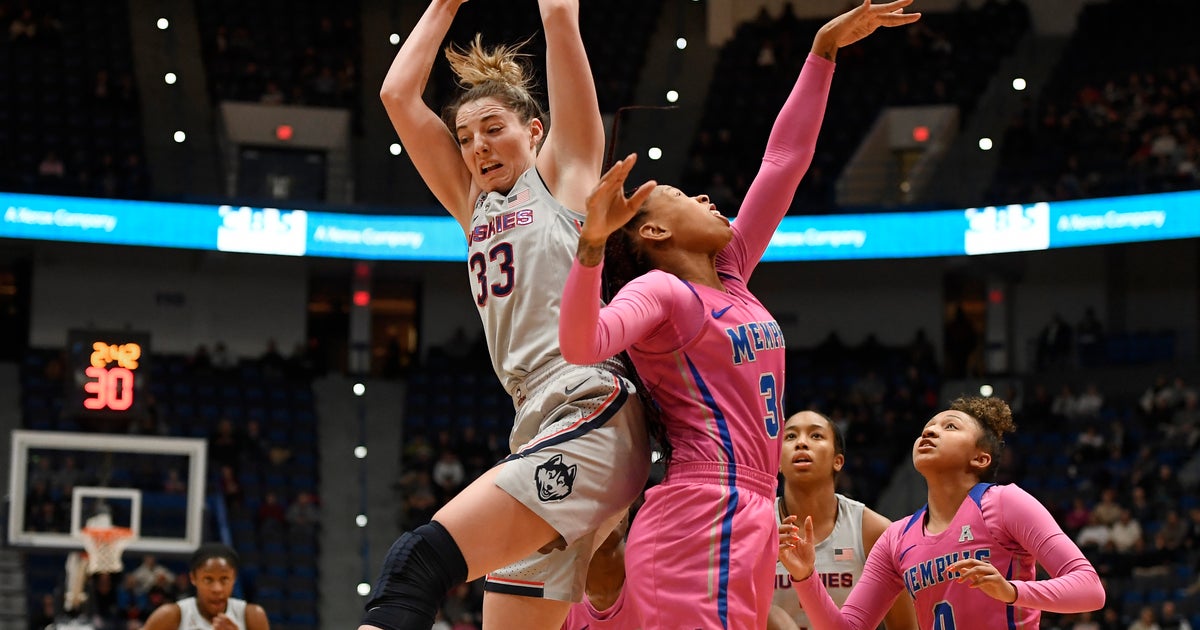 Napheesa Collier added 22 points and 12 rebounds for the Huskies (24-2, 12-0 American), who improved to 10-0 against the overmatched Tigers. It was her 15th double-double of the season and 39th of her career.

Samuelson has six of her seven career double-doubles this season.

Crystal Dangerfield added 15 points and eight assists for the Huskies, who shot 55 percent from the floor and 52 percent from behind the arc.

Samuelson, who didn’t have a field goal in the Huskies win on Sunday over UCF, opened the scoring in this one with 3-pointers from each side of the baseline and UConn never trailed. She hit her first four shots from behind the arc, and had 14 points in the first quarter as the Huskies opened up a 36-19 lead.

Samuelson and Collier combined for 45 of UConn’s 62 first-half points. The Huskies led by 35 at the half and 44 after three quarters.

Samuelson, who also had seven assists, hit 11 of her 19 shots from the floor, including 8 of 11 from 3-point range.

The Huskies also dominated underneath, outrebounding Memphis 55-29 and outscoring them 44-12 in the paint.

Memphis: Alana Davis came into the game in averaging 12.5 points and eight rebounds a game. The sophomore, who has nine double-doubles this season was held to two points and three rebounds.

UConn: UConn needed a UCF loss later Wednesday night to secure at least a share of another American Athletic Conference regular-season title. The Huskies have won all 98 regular-season conference games since the league was formed and all five conference tournaments.