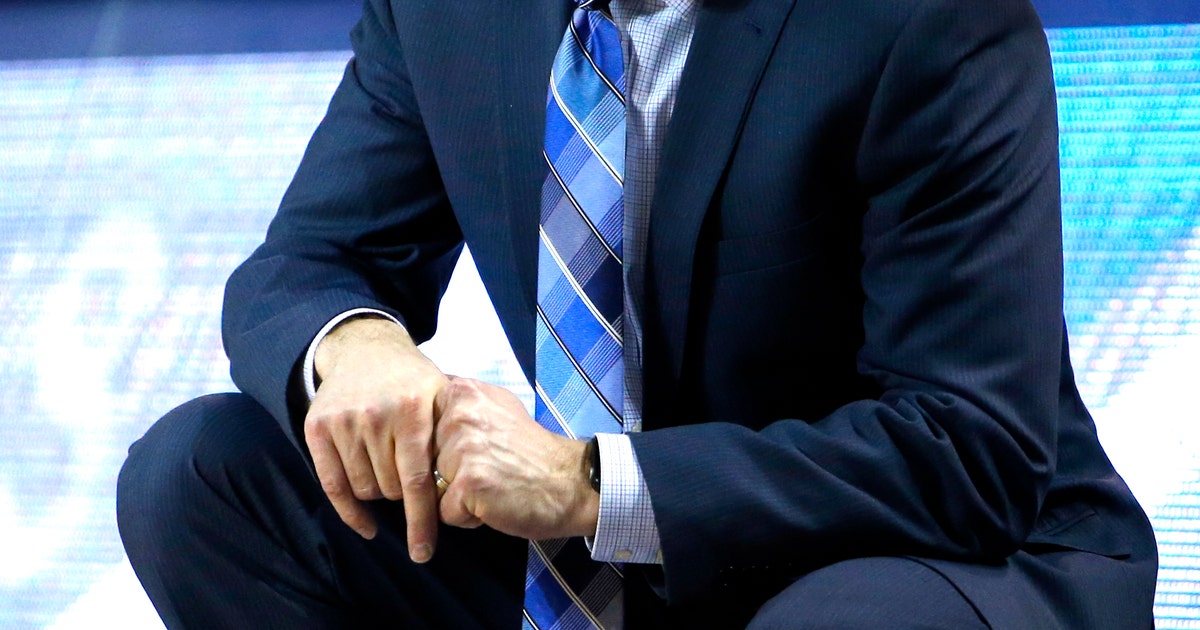 Buffalo’s coaches spent part of Tuesday morning’s walkthrough going over defensive assignments, making sure the players were prepared for that night’s game against Ohio.

As the players moved to their various spots at the coaches’ direction, senior guard Dontay Caruthers began telling sophomore Dominic Johnson where to go and what to expect from the Bobcats. In his third season at Buffalo and a former MAC defensive player of the year, Caruthers was spot on with his instructions to Johnson, a walk-on from the football team.

“He was doing a great job,” Bulls coach Nate Oats said. “I mean, it was as good as any assistant coach would do on anything.”

Top-ranked Duke has garnered plenty of attention this season with its quartet of one-and-done freshmen who seem to play with poise beyond their years.

The rest of the AP Top 25 is dotted with veteran teams — at least by college basketball standards — primed to make deep March runs.

No. 2 Gonzaga is led by Josh Perkins and Brandon Clarke, who played on the 2016-17 team that reached the national championship game. So did Killian Tillie, who’s out for the second time this season with a foot injury. All-America candidate Rui Hashimura saw limited action in 28 games that season and sophomore guard Zach Norvell watched it all from the bench as a redshirt.

The Zags have lost twice all season, won 16 straight and were a No. 1 seed in the NCAA selection committee’s initial rankings.

“I feel it is much easier on the coaches not having to teach all that basic stuff,” Clarke said. “They are able to dive into the harder stuff. Experience is something you can’t buy or train for. It’s something you have to get.”

No. 3 Virginia was on the wrong end of an all-time college basketball upset by losing to UMBC in the NCAA Tournament’s first round, but has nearly everyone back and plenty of motivation for redemption. The Cavaliers also have two losses and were slated as a No. 1 seed.

Fifth-ranked Tennessee has its top six scorers back from last year’s surprising SEC title team, led by senior Admiral Schofield, juniors Grant Williams and Jordan Bone. The Vols were a No. 1 seed in the initial rankings and spent four weeks at No. 1 in the AP poll.

Nevada got a huge boost when the Martin twins and Jordan Caroline decided to return. Coach Eric Musselman surrounded them with experienced transfers and the sixth-ranked Wolf Pack have looked like Final Four contenders.

Oats’ Bulls returned five of their top six scorers from a team that knocked off Arizona in the first round of last year’s NCAA Tournament. Buffalo has been ranked since the first regular-season poll — No. 25 this week — and is in position to reach the NCAA Tournament even if it doesn’t earn an automatic bid by winning the MAC tournament.

The biggest difference for the Bulls: defense. Buffalo was 134th in Division I in KenPom’s defensive efficiency rankings and is up to No. 32 this season.

“I think the defensive side of it comes from having that experience that veteran leadership that understands that the importance of guarding people,” Oats said. “Your offense can come and go on any given night, but your defense needs to be there every night.”

The veteran influence starts in the planning stages.

No matter how high-rated a freshman is, there’s always a learning curve when arriving at college. Not only do they have to adjust to academic life, but the rigors of playing high-level college basketball. That’s why teams loaded with freshmen — Duke being a notable exception — often end up better at the end of the season than they were when it started.

They know the plays, the expectations, even the conditioning requirements. Instead of repeatedly going over basics with young players, coaches with veteran teams can dive into more intricate aspects of the game.

It works game to game, too. Veteran players have seen some of the opponents on the schedule before, know their tendencies, know how the coaching staff wants attack them on offense and defense.

“When you have veteran guys who are used to a detailed scouting report, it certainly makes it easier,” Musselman said. “A high school player comes to the college ranks, the scouting is not nearly as detailed. The attention to detail on defensive footwork, rotations and pick-and-roll coverages is much more complex, much as it is when a player goes from college to the NBA.”

There’s a big difference physically and mentally, too.

High school players often arrive at college skinny, looking nothing like they will as future upperclassmen or future pros. Working with a collegiate-level strength coach and the natural maturation of the human body turns scrawny freshmen into beefed-up upperclassmen who won’t get pushed around.

Players who were high schoolers less than a year earlier can be overwhelmed by the spotlight, shrinking in the face of hostile environments and at big moments.

Veteran players have been in arenas where 12,000 people are screaming for them to fail, experienced the white-knuckle moments in the closing minutes that usually determine who wins or loses.

“They’ve been down, they’ve been up, they’ve been in loud crowds on the road, at home and I think there’s no substitute,” Virginia coach Tony Bennett said. “It’s invaluable to have all the experiences that they have.”