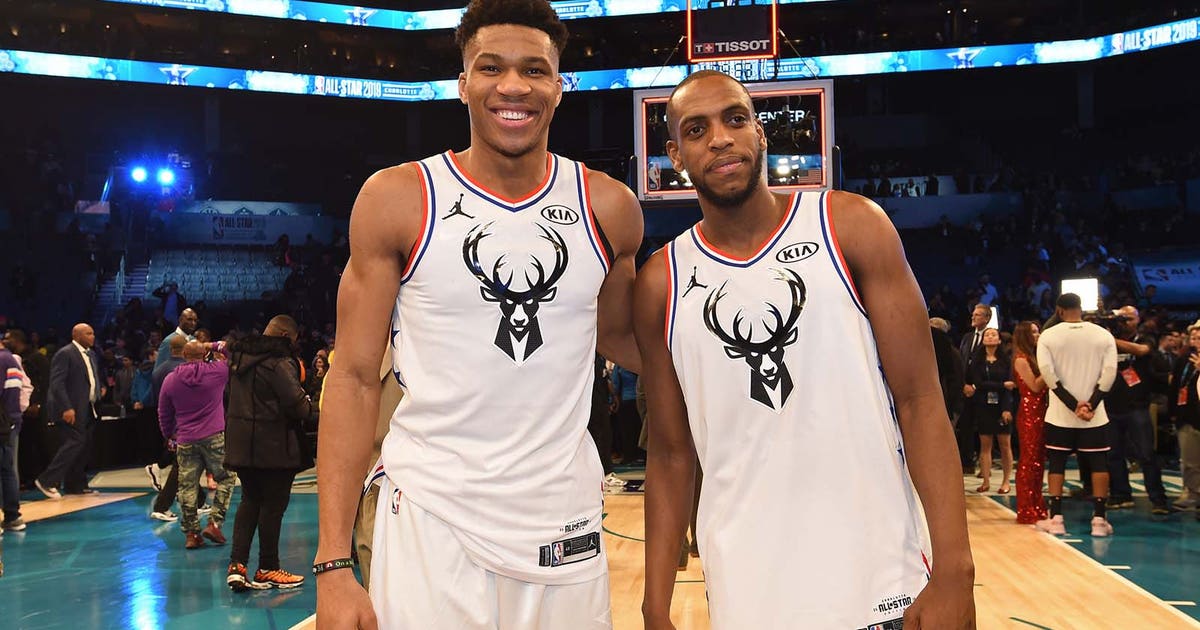 From the moment Middleton was captured in the locker room with a huge smile on national television while receiving the news that he was selected to be an All-Star for the first time to Antetokounmpo laughing and cracking jokes with LeBron James during the All-Star draft — in which he selected Middleton first during the reserve round — to the events and the game itself, the Bucks’ stalwarts made the most of the experience.

Middleton was arguably one of the biggest All-Star snubs last year, but being from Charleston, S.C., which is just a little over 200 miles from the All-Star city Charlotte, the yearlong wait for recognition had a bittersweet feel to it.

“To be home, the closest place I can be to home, here in Charlotte, it’s great,” Middleton said. “I get to have a lot of family and friends come down and hang out. For this to be my first All-Star experience is great, and then to be close to home makes it even more special.”

While participating in the 3-Point Shootout on Saturday, Middleton shot a dismal eight out of 25 balls, totaling 11 points, which earned him last place out of 10 participants. However, Sunday was a different story. In front of family and friends at the All-Star game, Middleton scored 20 points, shooting 6-for-10 from 3-point range. His only other points came on a a two-handed breakaway dunk.

Coming off the bench, Middleton tied Paul George as the second-leading scorer for Team Giannis, only trailing Antetokounmpo, who had a game-high 38 points to go with 11 rebounds in the 178-164 loss to Team LeBron.

“I’m so happy for Khris. He worked so hard to be here,” Antetokounmpo said. “He definitely deserves everything he gets. It’s just amazing to see the growth in him. From Team USA to the All-Star Game. There’s so many things to come. As long as he keeps working hard, he’s going to be fine. He’s been doing great so far. He’s making everybody and his family proud.”

The two Bucks players weren’t the only members representing the team at the All-Star Game. They were joined by head coach Mike Budenholzer, who in his first year has Milwaukee with the league’s best record at 43-14 and first place in the Eastern Conference standings.

“Bud is great. His style is a little different than what we all were used to, but it’s fun,” Middleton said. “He keeps the energy alive. He keeps everybody fresh and focused and relaxed, which is what we need.”

Even with the all their success at midseason, the Bucks are still not comfortable and know they have to stay focused to retain their current top-spot in a competitive Eastern Conference for the second half of season.

“It’s going to come down to the end,” Middleton said. “Every game means something for those top four or five teams. Every night is a must-win situation. For us, we want to keep that number one spot, so we’re just going to keep grinding.”

Right at the trade deadline, looking to add to another playmaker to their already talented roster, the Bucks acquired 6-foot-10 sharpshooting veteran Nikola Mirotić from the New Orleans Pelicans.

“The way he stretches the floor, the way he shoots, the way he plays,” said Middleton on the addition of Mirotić. “He has tons of experience in the playoffs, so we’re definitely excited to have him.”