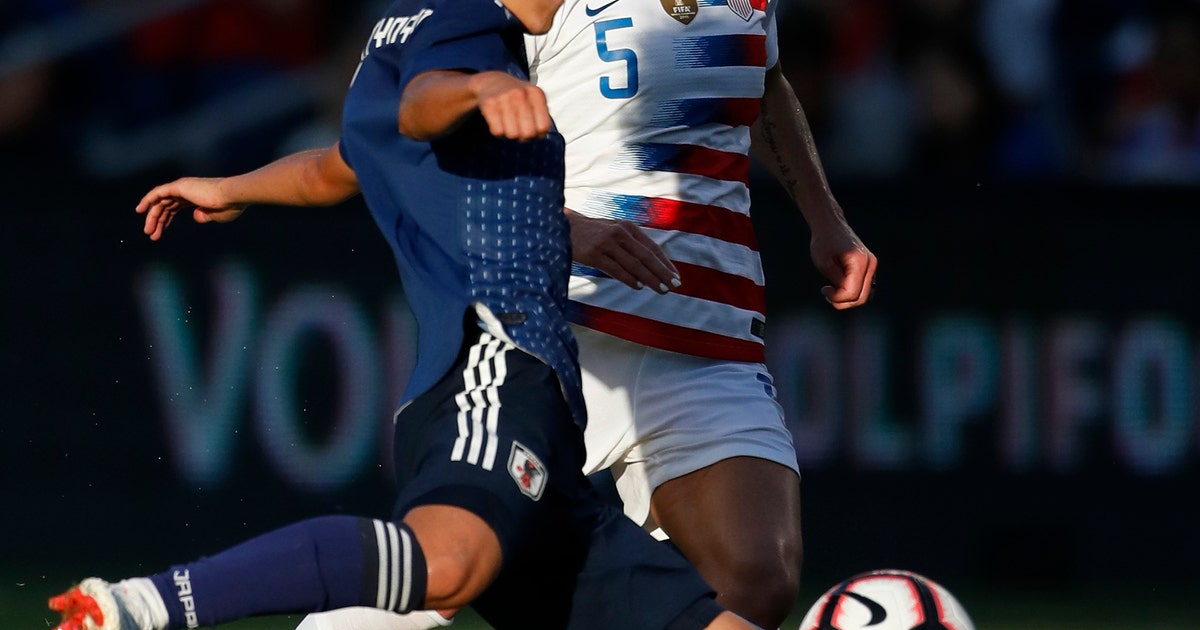 McCall Zerboni is so dedicated to her soccer career that she once hawked random products to beachgoers in Southern California to make ends meet.

While Zerboni’s worst job ever paints a depressing picture of what some pro athletes must do to support themselves just to play the sport they love, it also shows how determined she has always been.

Now 32, the savvy midfielder is getting her shot at the U.S. national team and a chance to make the roster for the World Cup this summer. She was named this week to the 23-player roster for the upcoming SheBelieves Cup tournament that kicks off Wednesday in Chester, Pennsylvania.

She’s come a long way from the days of having to work multiple jobs — including that one dreadful offseason she spent wandering the beaches back home while trying to sell stuff to strangers — all to support her playing career.

“I’m just sort of one of those people where I wake up every day and just say that I want to maximize the day and my potential,” she said. “Just to live a day at a time and step by step. I think it’s easier to persevere through 24 hours — and then that turns into a week, a month and a year.”

Zerboni got her first call-up to the national team as an injury replacement in October 2017 and became the oldest player — at 30 — to earn her first international cap. She became something of a regular last year, playing in five matches before fracturing a bone in her elbow.

It was a devastating blow in Zerboni’s mind, to come so far and then to suddenly be sidelined. But she refused to wallow in misfortune and returned to the team for January training camp, playing in the team’s 1-0 victory over Spain as a sub for Julie Ertz.

Naturally it makes sense to ask Zerboni if she considers herself a late bloomer.

“Yeah, of course, when you look at the number 32, it’s like ‘Wow, that’s old,’” she said, laughing. “But honestly, I don’t feel old. In some ways I feel like I’m just hitting my stride, and that goes back to perseverance and the desire and will to challenge myself every day.”

After playing college soccer at UCLA, Zerboni began her professional soccer career with Women’s Professional Soccer, a league that existed for three seasons between 2009 and 2011.

Her last team in WPS, the Western New York Flash, joined the NWSL for its inaugural season in 2013 and brought Zerboni along. She also played for the Portland Thorns and the Boston Breakers before returning to the Flash in 2016. That team became the Courage the next year.

“To see her on the verge of her first World Cup is just fantastic. She has followed a long and winding path but that process has made her the player and person she has become,” Courage coach Paul Riley said. “If you do enough small things right, big things can happen. She has been relentless and when she steps out on the greatest stage in women’s soccer it will signify what work ethic, determination, natural ability, never-say-die attitude can do.”

Zerboni has not been an allocated player for the U.S. national team, meaning her NWSL salary has not been paid by the U.S. Soccer Federation. That has limited her earning potential in the league, where the top salary is $44,000. The league minimum is $15,750 a season.

Because at times she hasn’t been paid a living wage, Zerboni has had to borrow from family and work part time at other jobs to make ends meet, something she says has humbled her.

“I’ve thought about quitting numerous times, mostly because of the heartbreak I’ve experienced, whether it’s teams folding, or leagues folding, or all the things you miss, the important things like birthdays, weddings, graduations, births of nieces and nephews. And getting paid pennies,” she said. “You’re constantly evaluating the sacrifice. Is it outweighing the satisfaction from playing football to miss out on all those things?

“So yeah, I’ve thrown my hands up and said ‘What am I doing?’ But there was always something still stirring in my heart to keep going. Now that I’m at the top level and on the biggest stage, all of those pieces are starting to come together for me. Something inside my spirit said, ‘Don’t stop. Don’t quit.’”

Zerboni is hoping for call-ups to the remaining exhibition matches the United States will play heading into the game’s premier tournament, which opens in France in June.

The U.S. team is the defending World Cup champion and is loaded from top to bottom, but Zerboni hopes there’s room for her.

“Of course I’m hopeful. If we lose hope what do we have?” she said. “Right now I have everything. I’m full of hope, I’m full of desire, I’m full of passion. I want to be on that squad and get in there and help.”