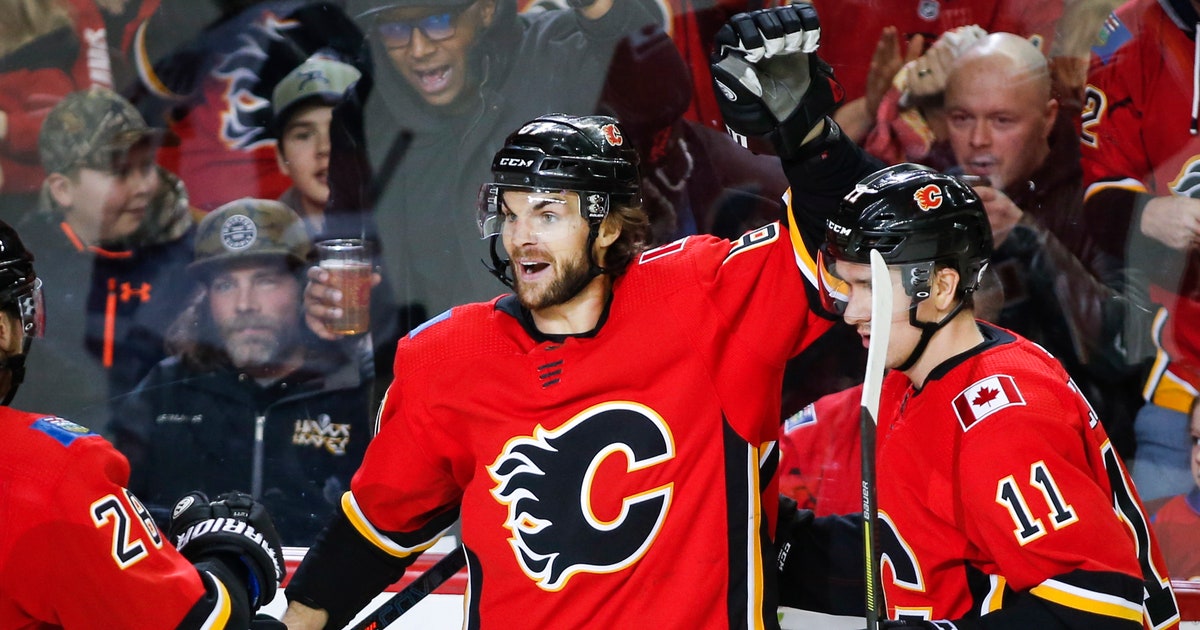 CALGARY, Alberta (AP) — Michael Frolik and Mikael Backlund each had a goal and an assist in the third period to help the Calgary Flames beat the Arizona Coyotes on Monday.

Frolik extended Calgary’s lead to 4-2 at 5:48 of the third period off Arizona’s defensive-zone turnover. Lindholm skated the puck out from the boards and dished to the Czech, who chipped the puck by Pickard stick-side.

Backlund added an empty-netter with 1:12 left.

Czarnik got his second goal in two games after being a healthy scratch for the previous nine, giving the Flames a 3-2 lead with 3:42 left in the second. Subbing in on Calgary’s third line again for the injured James Neal, Czarnik snared the puck on a broken play and scored from his knees with a low shot.

Ryan opened the scoring as he deflected Giordano’s slap shot up on Pickard at 1:34 of the first for his sixth of the season.

Garland beat Smith with a high backhand for to tie it at 6:27 of the second.

Giordano put Calgary up 2-1 with 8:40 left in the middle period. Instead of shooting from his preferred spot near the faceoff circle to the goalie’s right, the Calgary captain went forehand to backhand to beat Pickard for his 13th.

Weal, acquired from Philadelphia in January, got his first goal for the Coyotes on the power play with 5:39 left in the period. He took a cross-ice feed from Alex Galchenyuk and whipped a wrist shot past Smith’s shoulder.

NOTES: The Flames improved to 21-1-0 this season when leading after two periods. … Flames D T.J. Brodie was scratched prior to the game and said to be day-to-day with an undisclosed injury, which promoted Andersson to Calgary’s top pairing alongside Giordano. … Neal missed a second straight game with an upper-body injury.

Coyotes: At Edmonton on Tuesday night before closing out their western Canada swing Thursday night at Vancouver.