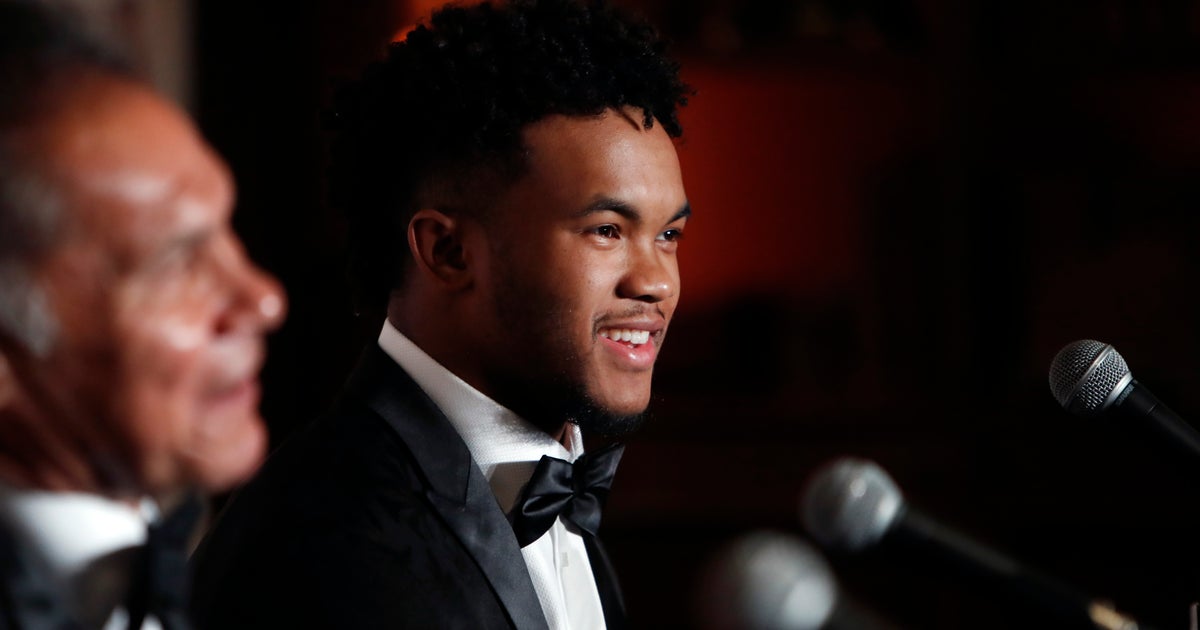 FORT WORTH, Texas (AP) — Now that Kyler Murray has decided to play in the NFL instead of reporting to spring training as a first-round draft pick by baseball’s Oakland Athletics, the questions can shift to the Heisman Trophy winner’s height.

The former Oklahoma star says everyone will get their answer at the NFL combine next week. And that was after Murray listed himself at 5-foot-10 Monday before accepting the Davey O’Brien Award as the nation’s top college quarterback.

Murray said being projected as a first-rounder as a quarterback shorter than 6-foot is “crazy to me,” while adding he hasn’t “seen that since I’ve been alive.”

The 21-year-old who was a state championship-winning high school quarterback in the Dallas area said he “wasn’t looking very good for the NFL side of things” before his standout season with the Sooners. Murray’s only previous college experience was a rough freshman season at Texas A&M.