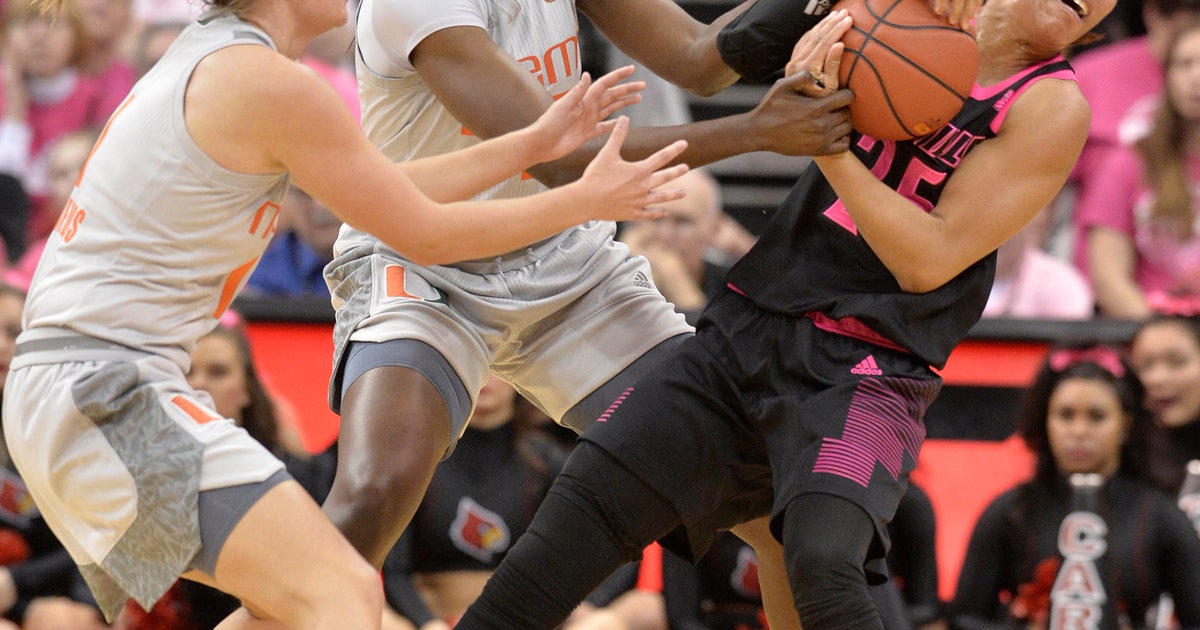 Miami trailed by as many as 14 in the second quarter. The Hurricanes’ fifth — and biggest — win over a ranked foe in six games this season also gave coach Katie Meier her 350th win in her 18-year career.

Kay Kay Wright scored 17 points for UCF (20-5, 9-3), which didn’t attempt a free throw until midway through the third quarter. The Knights committed 23 turnovers.

Mississippi State (23-2, 11-1 Southeastern Conference) used a big third-quarter run to get back on track after a loss to Missouri on Thursday night snapped a 12-game winning streak.

Anriel Howard, who played her first three seasons at Texas A&M, added 19 points and tied a season high with 13 rebounds to help the Bulldogs to the victory.

IOWA CITY, Iowa (AP) — Megan Gustafson scored 24 of her 31 points in the second half, and Iowa beat Maryland to move into a tie with the Terrapins atop the Big Ten.

Desiree Elmore scored 21 points for the Pirates, and Inja Butina had 13.

GAINESVILLE, Fla. (AP) — Alexis Jennings scored a season-high 22 points, and South Carolina remained in a tie with Mississippi State for the SEC lead.

Bianca Cuevas-Moore had 19 points for the Gamecocks (19-6, 11-1), and Destanni Henderson finished with 18. Tyasha Harris added 11 points and 10 assists for her first double-double this season.

Funda Nakkasoglu led Florida (6-19, 2-10) with 19 points. Delicia Washington had 12 points and 10 rebounds for her fourth double-double this season.

Alex Sharp, who missed the last 10 games with a broken hand, led the Demon Deacons with 17 points.

Howard also had 14 rebounds. Taylor Murray added 16 points for the Wildcats (21-5, 8-3 Southeastern Conference), who won their fourth straight and improved to 14-2 at home.

Arkansas tied the game on a 3-pointer by Raven Northcross-Baker with 20 seconds to go. It was her only basket of the game.

White spent the previous 15 years as an assistant coach at Florida State.