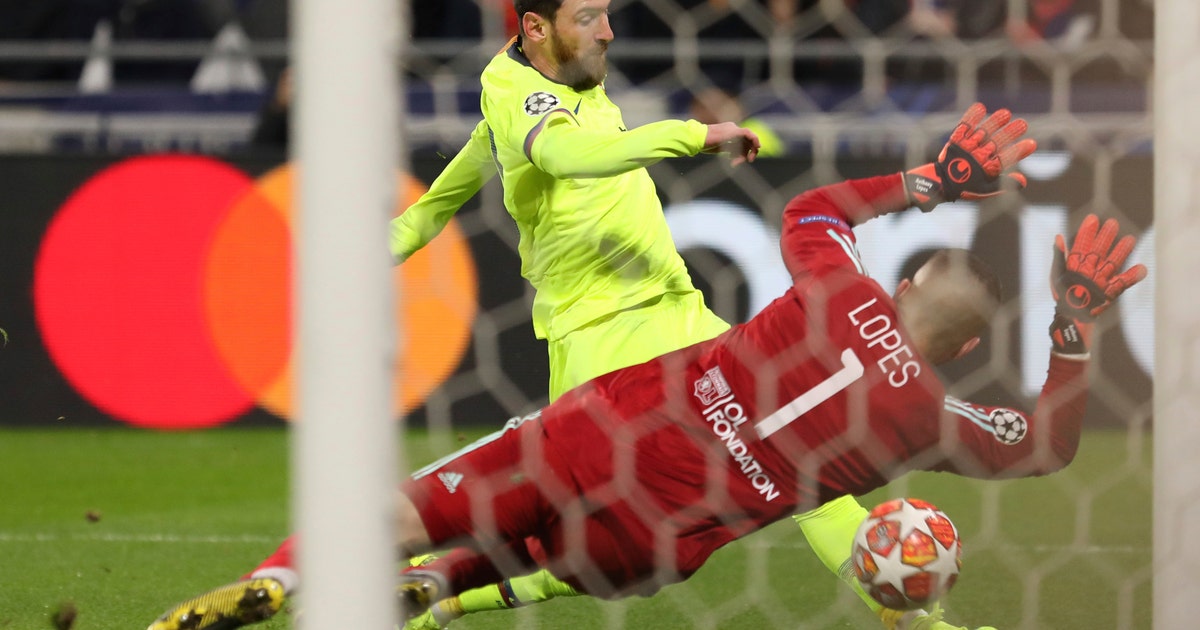 LYON, France (AP) — Lyon kept Barcelona’s vaunted attack in check as the sides drew 0-0 in the first leg of the Champions League round of 16 on Tuesday.

Lionel Messi failed to add to his six goals so far in the competition, while Luis Suarez had the goal gaping but sliced a shot wide with 20 minutes left after latching on to Jordi Alba’s pass from the left.

When Messi picked out Sergio Busquets five minutes from the end, the midfielder’s rasping shot from the edge of the penalty area drew a fine save from Anthony Lopes.

Messi had the goal in his sights in the last minute with his second free kick of the night, but struck it into the wall and did the same with the rebound.

Both goalkeepers did well in a contest free of any cynical or heavy fouling, with Barcelona’s Marc-Andre ter Stegen making two fine saves inside the first 10 minutes from midfielder Houssem Aouar and forward Martin Terrier.

Although Lyon spent much of the half chasing Barcelona’s slick midfielders, Barca’s approach play too often broke down around the penalty area. Suarez was the biggest culprit, wasting several promising moves with unusually hurried passes.

Coach Ernesto Valverde’s side won the Spanish league last season and leads it again. But Barcelona has not reached the Champions League final since winning the competition for the fifth time in 2015.

In the night’s other match, Liverpool and Bayern Munich also drew 0-0 in a match between five-time champions.

The return legs are on March 13.