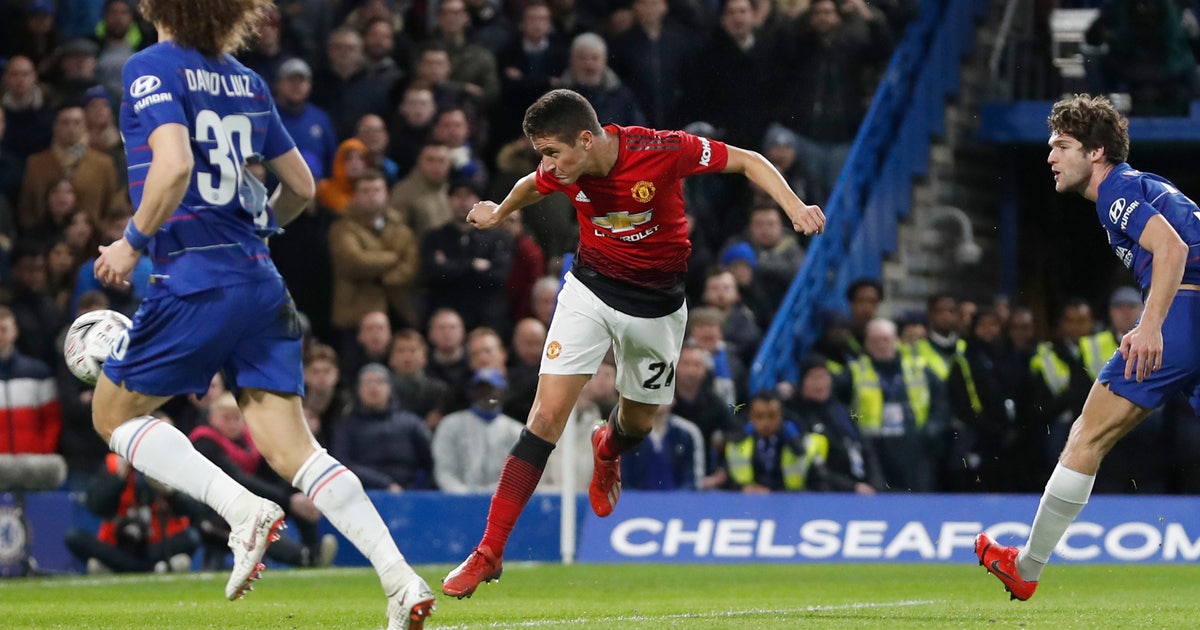 LONDON (AP) — Ander Herrera and Paul Pogba each scored first-half goals as Manchester United defeated Chelsea 2-0 on Monday at Stamford Bridge to advance to the quarterfinals of the FA Cup.

United, which has lost just once in interim manager Ole Gunnar Solskjaer’s 13 games in charge, has reached the quarterfinals of the competition for the fifth consecutive season.

A rematch of last year’s final won by Chelsea, Herrera put United ahead in the 31st minute and Pogba came through just before halftime to double the lead.

The game then took an odd twist late as Chelsea fans fed up with manager Maurizio Sarri joined their United counterparts in chanting for his firing.

Sarri, who replaced Antonio Conte in the summer, went unbeaten over his first 18 games in all competitions but has won just six of 12 games since Jan. 1.

United will face Wolverhampton in the quarterfinals of the FA Cup, which will take place March 15-17. Manchester City will travel to Swansea, Millwall will host Brighton and Watford will face Crystal Palace.