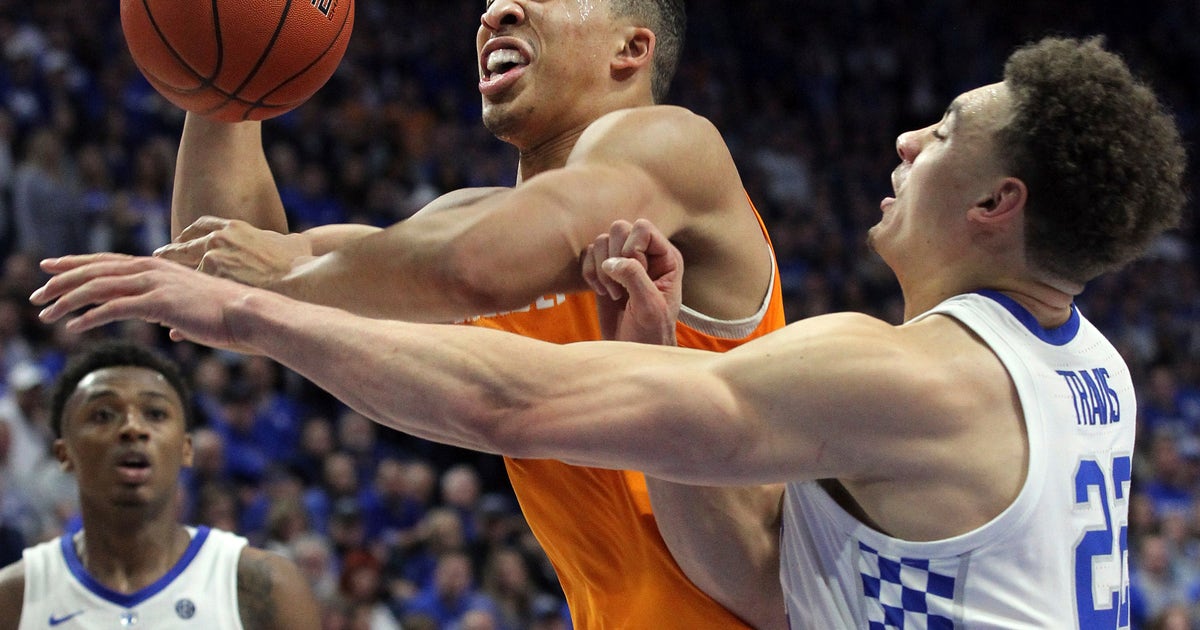 KNOXVILLE, Tenn. (AP) — Tennessee’s 19-game winning streak has disappeared. So has its No. 1 ranking.

Now the Volunteers must try to correct the numerous mistakes they made Saturday in an 86-69 loss at Kentucky as they continue their bid for a second straight Southeastern Conference title.

“Sometimes when you’re rolling along like we were, you have a tendency to be complacent a little bit and not try to move forward to get better,” Tennessee coach Rick Barnes said Monday. “Now there’s no doubt. These guys realize more than ever that we’ve got a lot of work to do to be the team we really want to be.”

Barnes believes his players are up to the challenge ahead.

After the loss, Barnes asked his players whether they felt any differently. Barnes said point guard Jordan Bone responded that he was excited about going to practice because he knew the Vols must get better.

“That was one of the most mature things I’ve heard from anybody in a long, long, long time,” Barnes said.

Tennessee in now tied with No. 13 LSU (21-4, 11-1) atop the SEC standings , with Kentucky a game behind. Tennessee visits LSU on Saturday in the only regular-season matchup between the teams and hosts Kentucky on March 2.

After hosting Vanderbilt (9-16, 0-12) on Tuesday, Tennessee will play teams rated in the top 30 of the NET rankings in each of its last five regular-season games. Tennessee’s loss to Kentucky marked its first matchup with an opponent ranked in the Associated Press Top 25 team since a Dec. 9 victory over No. 2 Gonzaga, which was No. 1 at the time.

Tennessee shared the SEC regular-season title with Auburn last year and never has won back-to-back conference championships. The Vols’ chances of repeating depend on whether they can fix the flaws that were glaringly apparent against Kentucky.

“We needed to be humbled,” Tennessee forward Grant Williams said after the Kentucky game. “I feel like we had a sense of entitlement, but we now realize we’ve got to compete. It’s not going to be easy every game.”

Barnes has talked all season about Tennessee needing to regain the defensive intensity it showed last year and the Vols allowed Kentucky to shoot 54.7 percent from the field. Kentucky also outscored Tennessee 36-20 in the paint to expose the Vols’ lack of frontcourt depth, as starting forward Kyle Alexander played just 18 minutes before fouling out.

After blaming himself for not making better use of his bench, Barnes said the Vols need more from Alexander.

“Kyle Alexander hasn’t been a factor in three weeks,” Barnes said. “You know, he’s got to go back and do his job. He just simply hasn’t done the job that he’s capable of doing.”

Tennessee has other issues to address as well.

Tennessee also had uncharacteristic problems against Kentucky. Jordan Bowden and Lamonte’ Turner were a combined 0 for 11 from 3-point range. Williams, the SEC scoring leader, had 16 points but only four field-goal attempts.

The Vols’ next opponent has far bigger flaws.

Vanderbilt is trying to avoid its 14th consecutive loss, which would match the longest skid in school history. The Commodores had a 14-game losing streak that began in the 1934-35 season and carried over to 1935-36.

The Commodores shot 10 of 21 from 3-point range against Tennessee before falling 88-83 in overtime on Jan. 23, but only one of Vanderbilt’s seven losses since then has been decided by less than nine points.

Vanderbilt coach Bryce Drew noted that the Commodores often have been within a possession or two heading into the final minutes before falling short down the stretch.

“We’re knocking on the door,” Drew said. “We’re just hoping to knock it down soon.”