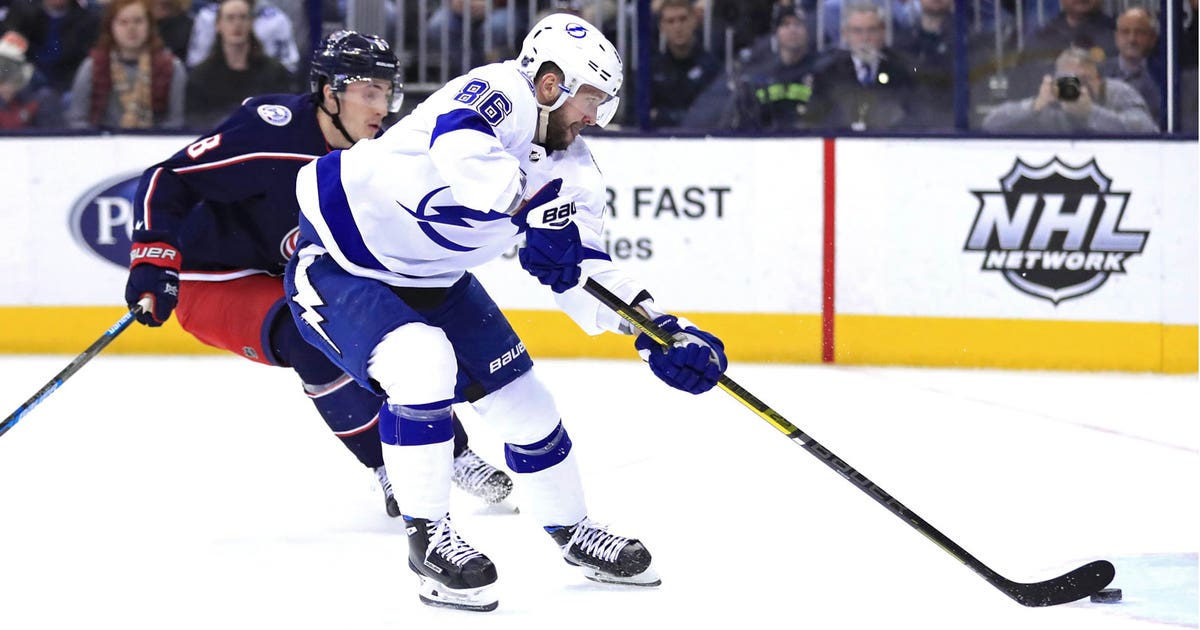 Columbus outshot the Lightning 19-6 in the first period, but Kucherov scored twice. He first beat Korpisalo top shelf off a lead pass from Yanni Gourde with 8:42 left, and then nabbed a turnover in the neutral zone and slipped it through the goalie’s five-hole with 5:36 remaining for his 29th of the season.

Stamkos made it 3-0 with just 28.1 seconds left in the second, 4 seconds into a 5-on-3 power play when he buried his 33rd off a pass from Kucherov.

Point made it 4-0 just 12 seconds into the third on a power play from just above the circles off a feed from Kucherov. That extended Point’s point streak to five games.

Point then got his 35th only 34 seconds later just later off a pass from Kucherov.

NOTES: Tampa Bay has won six of its last seven games over the Blue Jackets. … Columbus’ Ryan Murray left the game after the first period with an upper-body injury. … Lightning D Victor Hedman also left after the first period with a lower-body injury. … Rookie Kole Sherwood had a strong contingent of family and friends in attendance as he made his home debut as the first Columbus-born player on the Blue Jackets’ roster.

Lightning: At Philadelphia on Tuesday night.