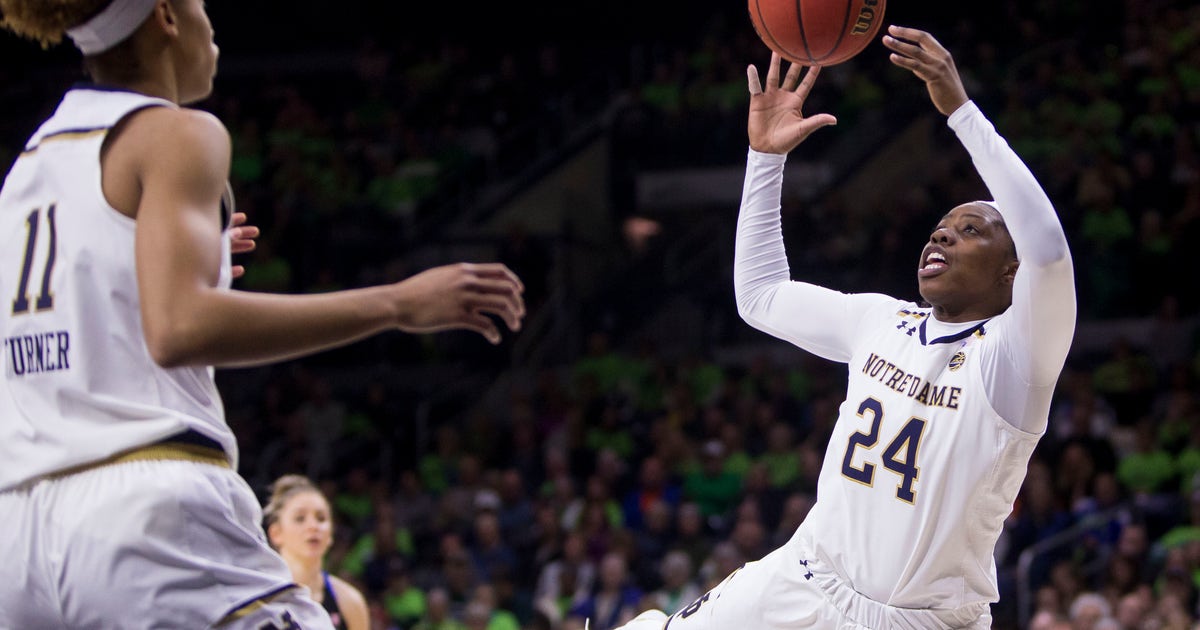 Her jumper, after a steal, over Duke’s Haley Gorecki at the free-throw line with 8:49 remaining in the second quarter swished through the basket and took her past Diggins-Smith, who was in Dallas awaiting the birth of her first child.

Notre Dame had a video tribute for Ogunbowale at the media break following the basket that delighted the crowd of 8,399 in the Purcell Pavilion.

Ogunbowale finished with 19 points on 8-of-11 shooting in the first half as the Irish used a 16-0 run at the end of the second quarter to forge a 52-25 halftime lead. Interestingly, Notre Dame got two points from Mabrey, who contributed four steals and six assists, and none from Jackie Young in the first half.

However, Ogunbowale’s layup at the buzzer gave the Irish a 64-44 lead heading into the final quarter.

Duke: The Blue Devils, whose last victory was an 85-69 triumph on Feb. 7 over the same North Carolina team that beat Notre Dame 78-73 on Jan. 27 in Chapel Hill, had just eight players dressed because of injuries. Coach Joanne P. McCallie’s squad shot just 39.3 percent (11 of 28) in the first half and just 28.6 percent (4 of 14) in the second quarter and committed 12 turnovers.

Notre Dame: Coming into the game trailing Diggins-Smith by 11 points, Ogunbowale made sure she wouldn’t have the record on her mind when she scored 10 points in the first quarter on 4-of-7 shooting, including 2 of 3 3-pointers. After her first basket, however, she came up with a steal, raced down the floor and missed a layup.

Notre Dame: Monday at No. 18 Syracuse.