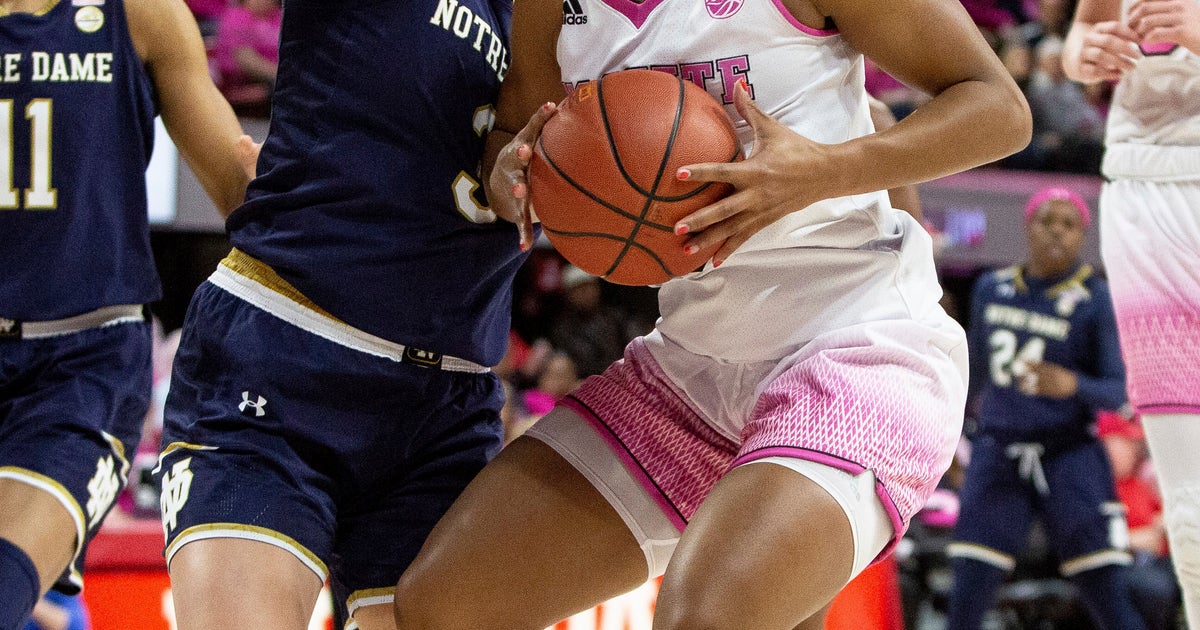 RALEIGH, N.C. (AP) — Arike Ogunbowale scored 22 points and No. 5 Notre Dame took over with 12 unanswered points in a dominating third quarter to beat No. 9 North Carolina State 95-72 on Monday night.

Marina Mabrey added 21 points for the Fighting Irish (24-3, 11-2 Atlantic Coast Conference), who led 41-36 at halftime. But it wasn’t long before Notre Dame’s offense got rolling at a fast-paced clip, frequently getting loose in transition to build a lead that steadily grew into a lopsided margin.

Notre Dame scored 34 points in that third quarter and made 14 of 21 shots. That included 15 fast-break points, the last coming when Mabrey found Jackie Young for a transition layup to beat the horn and give Notre Dame a 75-59 lead entering the final quarter.

Freshman Elissa Cunane scored a season-high 28 points for the Wolfpack (22-3, 9-3), who shot just 39 percent after halftime.

Notre Dame: The reigning national champions responded with veteran precision to most anything the Wolfpack tried to do. In addition to that impressive third-quarter offensive show, Notre Dame dominated the glass (45-28) to finish with 18 second-chance points, scored 24 points off turnovers and had 37 fast-break points. Notre Dame never let N.C. State get a lead to ride the buzz from its sellout home crowd, either.

N.C. State: N.C. State had upset of the Irish in its Reynolds Coliseum home before, snapping their 35-game winning streak against ACC opponents in December 2016. The Wolfpack had plenty of zing for this one, too, in front of a packed house while donning pink and white uniforms for the annual Play4Kay game — named in honor of late Hall of Fame Wolfpack coach Kay Yow — to raise money for breast cancer awareness. But after tying the game at 47 on Aislinn Konig’s 3-pointer with 7:03 left in the third, N.C. State — a shorthanded team hobbled by an improbable run of knee injuries — just couldn’t keep up as Notre Dame kicked into a dominating gear.