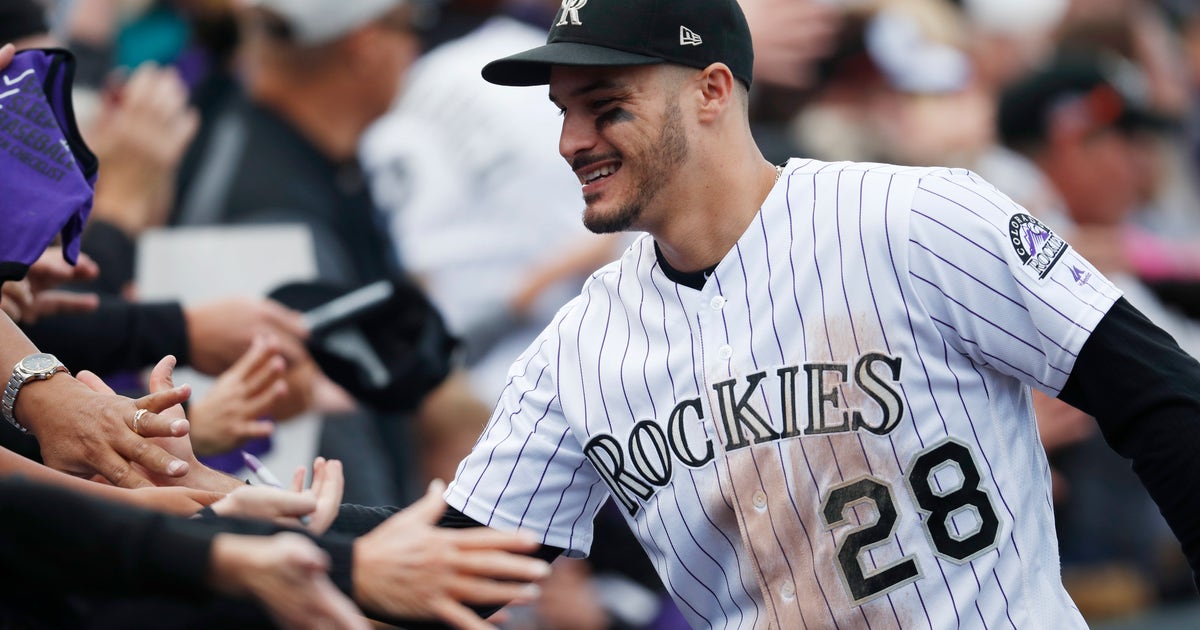 SCOTTSDALE, Ariz. (AP) — The sluggish free-agent market the last two years has not scared Colorado third baseman Nolan Arenado, who could be among the prizes in the next pool.

“I’m not afraid of it at all,” Arenado said. “It doesn’t have an effect on me. I think free agency is something you earn. You’ve been in the big leagues this long, you get there and you earn it. I don’t know how it is going to work out, I can’t speak on that. But you definitely earn it.”

Arenado would be among the biggest names in the position player pool next winter if he and the Rockies do not reach an agreement during current negotiations on a long-term contract. Paul Goldschmidt, Josh Donaldson and Khris Davis also can become free agents next winter.

Arenado signed a $26 million, one-year contract to avoid arbitration over the winter, the largest one-year salary for an arbitration-eligible player in league history. No deadline has been set on the current talks.

“I think it always worries you, but at the same time I have bigger things to worry about,” Arenado said. “I’m trying to do my job at a high level and that’s it. Everything else can take care of itself.

“It’s definitely a little worry, in a way, when you think about it for a long period of time. But I try not to think about that. I’m in a great situation right now. Just play baseball now. If it comes to that in the offseason, I’ll deal with it then.”

Arenado called the current state of the free-agent market “sad.”

While Manny Machado agreed this week to a pending $300 million, 10-year contract with San Diego, Bryce Harper has yet to sign with anyone and the overall market has been slow.

“There are some really good baseball players out there, and it is crazy to think some of these teams don’t need them. They need them. There is no question that they do,” Arenado said. “They are just deciding not to, I guess.

“It’s disappointing. I think it just shows that there are teams that are not trying to win. I just believe that the guys that are out there can really rebuild a team, get it jumpstarted, and help it win a championship.”

Arenado, meanwhile, seems at home in Colorado, which took him in the second round of the 2009 draft and has made the playoffs the last two seasons, a franchise first. Free agent Daniel Murphy was added and David Dahl is projected to take another step up after the losses of free agents Carlos Gonzalez, Gerardo Parra and Adam Ottavino.

Arenado has led the National League in homers three times, RBIs twice and doubles once while averaging 31 homers and 103 RBIs in his six seasons. He has won six Gold Gloves.