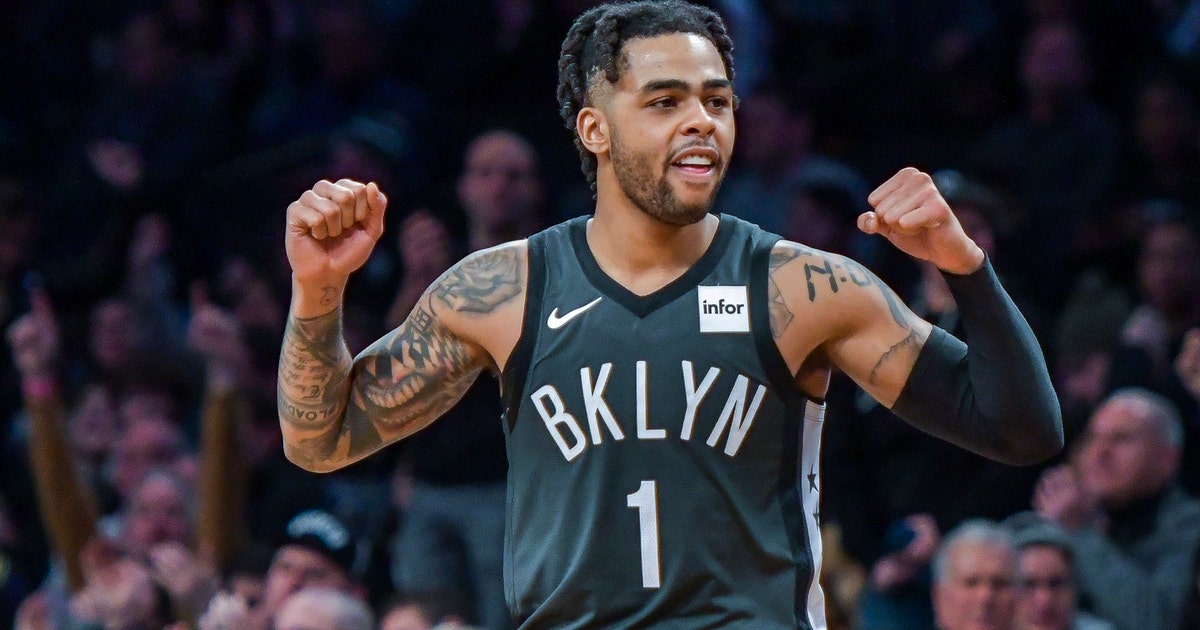 He was front and center on a billboard celebrating the Nets’ midseason success, pictured with three teammates who joined him in Charlotte for the NBA’s All-Star festivities.

“Brooklyn is having an All-Star weekend,” it read.

Russell hopes it will turn into a playoff season.

Brooklyn heads into the stretch run in good position for the first postseason berth of his career, sitting in sixth place in the Eastern Conference when play resumes Thursday.

And after some tough times, so is Russell.

The point guard Magic Johnson didn’t want has become the floor leader the Nets need, raising his level of play after injuries to Caris LeVert, Spencer Dinwiddie and Allen Crabbe left them severely short-handed in the backcourt.

Russell had 36 points, eight assists and seven rebounds in the final game before the break, a 148-139 triple-overtime victory in Cleveland that gave the Nets 30 wins after they won only 28 all last season. It was Russell’s 10th 30-point game after he had seven in his first three seasons combined, and raised his career-best averages to 20.3 points and 6.6 assists per game.

He was rewarded with his first All-Star selection, chosen by Commissioner Adam Silver as the replacement for injured Indiana guard Victor Oladipo. He led the Brooklyn contingent that included 3-point contest champion Joe Harris and Rising Stars participants Jarrett Allen and Rodions Kurucs, who joined him on the billboard.

“I’ve said it a lot this weekend that a lot of guys in this league have got a unique path. It sometimes takes guys longer than others. Some guys come in right away and are able to contribute,” Harris said. “But I think you look at the makeup of our Brooklyn Nets team, and it’s a lot of guys that were sort of cast off and had a second opportunity.”

Few players drafted as high as Russell were cast off as quickly and publicly.

The No. 2 pick in 2015 had been in the league just two seasons when the Los Angeles Lakers traded him to Brooklyn. Russell had a decent second season, averaging 15.6 points, but the Lakers wanted to clear the way for Lonzo Ball to take over the point guard spot.

Johnson not only sent Russell away, he insulted him on the way out. The Lakers president, a Hall of Fame point guard himself, said he needed a leader at the position and someone who other players would want to play with — perhaps alluding to distrust of Russell within the locker room after his video of a private conversation with teammate Nick Young ended up on social media.

Russell, who turns 23 Saturday, has consistently downplayed the criticism since arriving in Brooklyn, where he has developed traits that Johnson considered lacking.

“I think it speaks to, everybody wants it to be easy and everybody wants things to happen right away and that doesn’t happen for everybody,” Denver coach Michael Malone said. “Everybody has their own journey and for D’Angelo, being in the Western Conference and seeing what he went through with the Lakers, it didn’t work out there and in hindsight that’s the best thing that ever happened to him.”

It didn’t happen right away. Russell had to share the playmaking duties in his first season in Brooklyn first with Jeremy Lin and then with Dinwiddie, who emerged while Russell was recovering from knee surgery. Early this season, Russell was left on the bench a couple times while coach Kenny Atkinson opted for crunch-time minutes without him.

Now Russell is the guy with the ball in his hands during those moments, and the timing of his emergence couldn’t be better. The Nets opted against signing him to an extension of his rookie contract before the season, but Russell should certainly have the opportunity to cash in this summer, either in Brooklyn or elsewhere.

“I mean, opportunity presents itself in this league. I think you’ve really got to take advantage of it,” Russell said. “And definitely had a second opportunity to play basketball and be a professional and that’s what I’m doing.”