The Court of Appeal sitting in Calabar has refused an oral application by a faction of the All Progressives Congress (APC) in Cross River State for a stay of execution of a Federal High Court judgement recognising the state executive committee of the party led by Etim John.

Justice Mojeed Owoade who delivered the lead judgement on Wednesday ordered all parties to maintain status quo, pending the determination of the appeal filed by the faction of the party led by John Ochala against the judgement of the Federal High Court.

He, however, granted the Ochala faction of the party leave to appeal the judgment of the Federal High Court.

READ ALSO: We Are Not A Political Party, INEC Rejects Allegations Of Bias

Other appellants in the appeal are Bishop Victor Ebong and Bassey Ita.

The Federal High Court presided over by Justice S. A. Amobeda, had on February 11 given judgement in the suit with number FHC/CA/CS/73/2018, in which the court recognised the Etim John faction of the APC as the authentic leadership of the party in the state.

The court had also directed the Independent National Electoral Commission (INEC) to recognise the list of candidates presented by the Etim John led leadership in the general elections.

Among those on the list as presented by the Etim John faction included the Minister of Niger Delta Affairs, Pastor Usani Usani, who is the governorship candidate.

A list of the House of Representatives candidates was also presented to INEC.

See the court papers below; 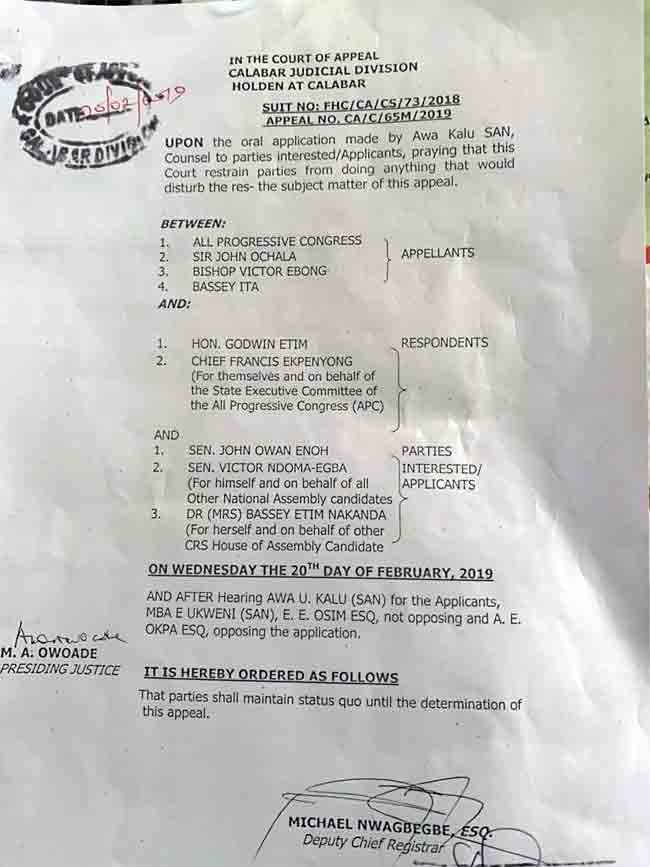 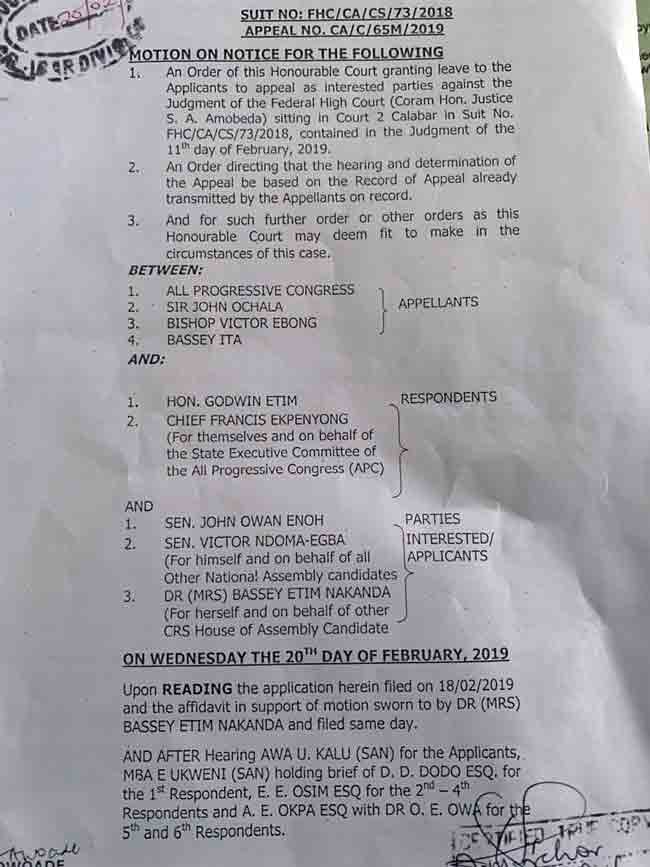